Consider allowing JavaScript. Otherwise, you have to be proficient in reading

since formulas will not be rendered. Furthermore, the table of contents in the left column for navigation will not be available and code-folding not supported. Sorry for the inconvenience.

Examples in this article were generated with  4.0.5 by the package PowerTOST.1

See also a collection of other articles.

Have you ever wondered where all these nice numbers come from?

The list is endless and as interesting as a telephone directory.

Why this number? OK, at least this one is easy to explain: Mr Fisher considered it convenient.

For nearly a century this number is the holy grail of frequentists. Members of the other chuch, the Bayesians, hold other believes.

In Phase III we want to demonstrate superiority (for nitpickers: non-inferiority) of verum to placebo. Once a drug is approved, we can be 95% sure that it is safe and efficacious (though there is a 5% chance that even a mega-selling blockbuster drug is not better than snake-oil).

In the early days of BE a \(\small{95\%}\) CI was applied indeed. Below a scan of conference proceedings.2

Some argued that concentrations and derived pharmacokinetic metrics like the Area Under the Curve (AUC) do not follow a normal distribution – which is a prerequiste of the ANOVA. Makes sense.
If one works with the arithmetic mean and its variance, it implies that there is a certain probability of negative values. The domain of \(\small{\mathcal{N}(\mu;\sigma^2)}\) is \(\small{[-\infty<x+\infty]}\) for \(\small{x\in \mathbb{R}}\).

A fascinating example of the FDA:4 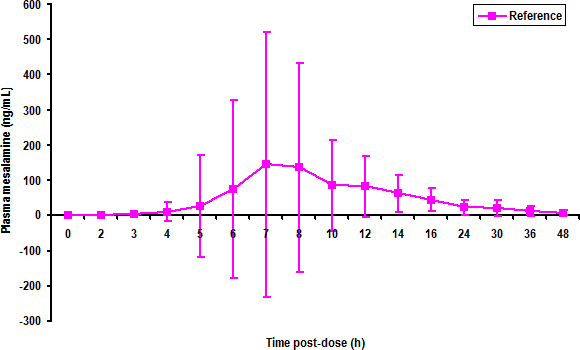 Line plot instead of XY plot. Oh dear, clicked the first button!
One hour intervals in the beginning are as wide as the 12 hours at the end. Do these guys and dolls really believe that at seven hours there’s a ~16% probability that concentrations are ≤–232 ng/mL and a ~1% probability that concentrations are ≤–731 ng/mL‽ Any statistic implies an underlying distribution.
Which cult of Pastafarianism do they belong to? The one holding that negative mass exist or the one believing in negative lengths?

Exploring large data sets we see that the distribution is skewed to the right. The lognormal distribution does not only pull the right tail in but also with its domain of \(\small{]0<x+\infty]}\) for \(\small{x\in \mathbb{R}^{+}}\) avoids the ‘problem’ of negative concentrations. 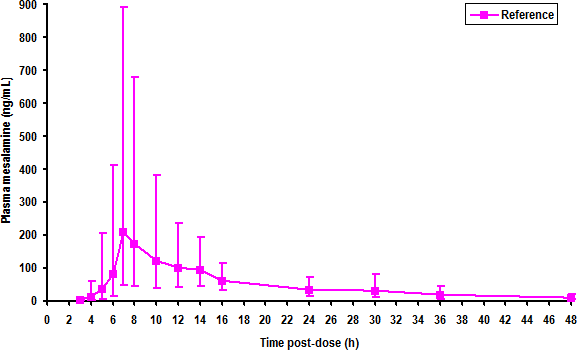 This plot reflects the extreme variability of the drug much better and shows that high concentrations are more likely than low ones.

“After a dose we know only one thing for sure: The concentration is not zero.

His statement ended in shouting matches. Don’t know why.6

At the first BioInternational conference (Toronto, 1989) there was a poll among the participants about the log-transformation. Outcome: ⅓ never, ⅓ always, ⅓ case by case (i.e., perform both analyses and report the one with narrower confidence interval ‘because it fits the data better’). Let’s be silent about the last camp.

There were three parties (all agreed that the acceptance range should be symmetrical in \(\small{\log_{e}}\)-scale and consequently asymmetrical back-transformed).
These were their suggestions:

We all know which party prevailed. Can you imagine why?

To round or not to round

How I love rounding of the confidence interval according to the guidelines! All jurisdictions require two decimal figures, whereas Health Canada only one.

After rounding according to the guidelines that may not be ‘correct’ any more. I considered to write a one-sentence SOP:


For good reasons Certara removed the text from the output in later releases.

All jurisdictions accepting ABEL give the regulatory constant \(\small{k}\) with 0.760. How come?

Instead of ‘nice’ numbers guidelines should state the formulas which are not more than elementary maths any eighth-grader could master. It’s not rocket science. We are not retarded.

All we need are numbers of \(\small{\Delta}\) (and \(\small{CV_0}\) in scaled average bioequivalence).
Everything else should be calculated and assessed with full precision.